I definitely read this at the wrong age. 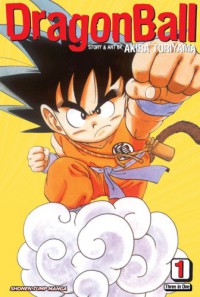 I'm probably going to get a lot of hate for this but I was definitely introduced to this series at the wrong age. Or at least the wrong time in my life where I have already read a lot of manga and watched a lot of anime.

This series was kinda of a bore for me. The plot is very simplistic and the action is very cheesy. But since this series is most people's childhood favorites I won't bash it too much.

The comedy is just a little too overdone and I wasn't sure if I should take it seriously or not. Some of it is really perverted humor and I sometimes wonder if a few kids will get it. The characters have their own personalities but for the most part, they were just really goofy. I mean really silly.

The only character I cared for was the main character Goku. He was innocent and he's the typical hero whose strong but not very bright. He's willing to help his friends because he has a strong will that brings out his powers. I can see a lot of main character from several manga series based off this guy. Like Luffy from One Piece, Naruto from Naruto, Ichigo from Bleach, Rin from Blue Exorcist, and a ton of others.